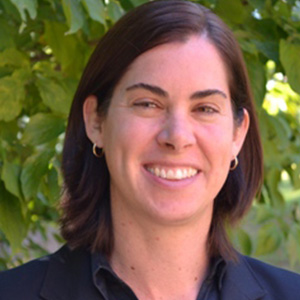 I was born near Seattle, Washington.  I grew up in southern California, and I finished high school in Massachusetts.  I have four brothers.  After I studied a bachelor’s degree in philosophy and worked in a law firm, I was consecrated in 1998.  I was 24 years old.  I had three years of formation in Greenville, Rhode Island.  I then began my first mission: vocational road teams and ECYD in Germany for five years.  (Melanie Zoll and I have the “record” of most consecutive years on a road team together – four!)  I have also worked with youth and in schools in the Movement in St. Louis, Missouri and Atlanta, Georgia between 2007 and 2012.  Since then, I have tried to serve in my mission as the territorial director in North America.  I live in the territorial directorate community in Atlanta. The nine consecrated women of the community have missions that serve the territory or national apostolates.

As far as experiences of the Movement as one family, I have had them in my work within the territorial committee of North America.  There is a spirit of communion, collaboration, respect and mutual support among the branches on the committee.  It has been a source of grace and hope for me.  I hope for an anointing of the Holy Spirit upon the assemblies, and I ask for prayers especially for the participants of the common assembly, so that Our Lord manifests his will for the Movement as a whole.  May God be praised in and through us and our mission!