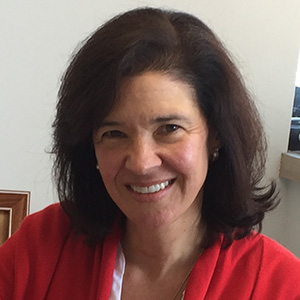 I am from Saltillo, Mexico.  I was a student in the Alpes Institute (currently the Cumbres School).  I come from a family of seven children, and I have 25 nieces and nephews.  I give thanks to God for my family, for their constant support and unconditional love.  I owe a part of my perseverance to them.

I was born on December 3, 1966 and was consecrated in Rome on November 18, 1988.  I am happy to be in the community of Aguilas in Mexico City.  It is a community that is characterized by its joy, love for the Eucharist and apostolic zeal.

Between 1991 and 2010, I developed how to direct centers of study and formation in Wakefield, Rhode Island; Madrid, Spain, and Monterrey, Mexico.  I was territorial director in the United States from 1997 to 2001.  I was the territorial director in Italy and Central Europe from 2001 to 2004.  From 2010 to 2012, I was the director of the Oxford School (high school) in Mexico.  From 2013 to 2014, I served as the director of formation in the Maddox Academy in Mexico.  From 2014 to 2017, I managed the area of Pastoral Work in Education in the central offices of the Semper Altius School Network.  I am currently the director of the Irish Institute (a school for girls) in Mexico City, Mexico.

One of the experiences that has marked me the most in feeling part of the Regnum Christi family was the foundation of the formation center in Wakefield, Rhode Island. Although at that time we had rules about not communicating with the Legionaries and consecrated men, I experienced a lot of support.  They helped us with manual work in order to have the center ready, even though it meant losing sleep and fatigue.  They diligently brought us food in moments of precariousness, and they obtained for us donations to save us from debt.  They did all of this always with great respect and a spirit of service!  The territorial director (Fr. Anthony Bannon, LC) communicated frequently to see how we were doing, and if we needed anything.  Above all, he closely accompanied those who began apostolic work for the first time in the United States.  He guided us and advised us about the best way to proceed, and thus ensured the charism that unites all of us. Thank you Fr. Anthony!

My great expectation for this assembly is that, united in prayer and attentive listening, above personal interests, we can discover the path upon which God wants to take us in this moment of our history.

I dare to ask all the consecrated women for their prayers for this intention.